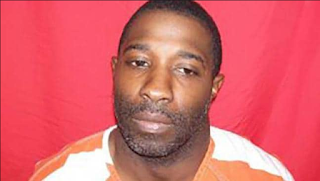 The U.S. Supreme Court in Washington, threw out a death row inmate’s conviction for triple murder because his lawyer ignored his objections and told jurors that the defendant killed the victims.
Robert McCoy from Louisiana had been accused and convicted of killing Yolanda’s (his estranged wife) mother, Christine Young,
Yolanda’s son Gregory Colston, and his stepfather Willie Young,  in Bossier City, Louisiana. All were shot in the head at close range in 2008. When he was arrested in Idaho days after the murders. A gun was found in the 18-wheeler truck in which he was travelling. McCoy has maintained his innocence, saying he was out of state at the time of the triple murder, but police have linked the gun to the murders.
Mr English, a lawyer who was hired by the defendant’s parents to defend him, believed the evidence against McCoy was overwhelming and would result in death penalty. So he sought to negotiate a plea deal with prosecutors that would result in a life sentence. The plan was to convince the jury that McCoy should be found guilty of second-degree murder instead of the more serious first-degree murder. McCoy rejected that plan, but Mr English went ahead with it.  He told the jury that McCoy had killed the three victims. McCoy was subsequently found guilty of first degree murder in August 2011 and sentenced to death by lethal injection.
He obtained new lawyers and filed several motions in hopes of getting a new trial. But each of those motions were argued and then rejected in Bossier Parish District Court. He went to the supreme court.
The supreme court ruled 6-3 that Robert McCoy, 44, should receive a new trial.  The justices found that McCoy’s right to legal representation at the trial under the U.S. Constitution’s Sixth Amendment was violated because McCoy maintained his innocence, and therefore a concession of guilt should not have arisen.
The Supreme Court’s ruling set a new precedent on whether a lawyer can concede a defendant’s guilt over the client’s stated objections.
Post Views: 0

Staying indoors in Kenya is a no no. There is so much to do. You can

We've got the answer