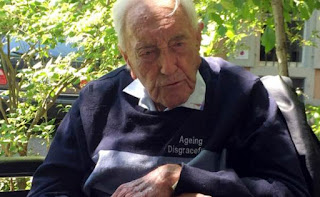 Dr David Goodall, a prominent ecologist and botanist from Melbourne, Australia has travelled to Switzerland for is planned assisted suicide. He is 104 years. His main regret for now is that he was forced to travel overseas for something that could have been done at home, because his country does not allow euthanasia.
David Goodall does not have a terminal illness but says his quality of life has deteriorated and that he wants to die. He was
barred from seeking help to end his life in Australia, so he was forced to travel to Switzerland. Goodall, who according to Exit International attempted but failed to commit suicide on his own earlier this year, secured a fast-track appointment with assisted dying foundation, Eternal Spirit, in Basel.
Assisted suicide is illegal in most countries. In Australia, the legislation allowing it will take effect in June 2019. However it will only allow euthanasia in cases of terminally ill patients of sound mind with a life expectancy of less than six months. But in Switzerland, anyone who is of sound mind and who has over a period of time voiced a consistent wish to end their life can request so-called assisted voluntary death (AVD).
Eternal Spirit, one of several foundations in Switzerland that assist people who want to end their lives, said Wednesday that Goodall had undergone two medical visits by different doctors since arriving in the city and three people of the foundation’s board. If all five persons give their ok, Goodall will be able to open the infusion tomorrow.
Infusion
In assisted dying, the person must be physically capable of carrying out the final deed on their own. This final act could be to take and drink sodium pentobarbital, an effective sedative that in strong enough doses causes the heart muscle to stop beating. But, since the substance is alkaline and burns a bit when swallowed or to open the cap of the in intravenous infusions.
A professional prepares the needle, but it is up to the patient to open the valve that allows the short-acting barbiturate to mix with a saline solution and begin flowing into their vein.
Before he left for Switzerland, his family held for him a 104 years birthday. But Goodall was not celebrating the milestone. He said that he had lived for too long and was ready to die. 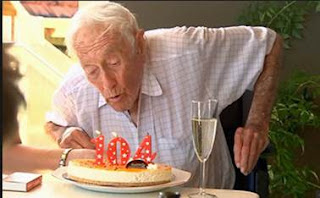 “I greatly regret having reached that age. I would much prefer to be 20 or 30 years younger,” he told the Australian Broadcasting Corp. during the festivities in early April.
When asked whether he had a nice birthday, he told the news organization: “No, I’m not happy. I want to die. … It’s not sad, particularly. What is sad is if one is prevented.”
“My feeling is that an old person like myself should have full citizenship rights, including the right of assisted suicide,” the 104-year-old man added.
When asked whether he has any hesitation about his plans to die, he responded: “No, none whatsoever.”
Post Views: 0

Staying indoors in Kenya is a no no. There is so much to do. You can

We've got the answer