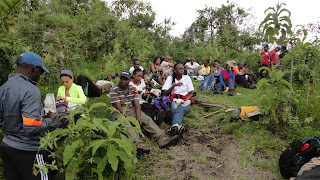 On the journey to Eburu forest, I linked up with the other hikers of Kwea Milele at Uthiru. It was not a good idea. The bus, a Nissan Civilian, was overbooked. As such, I was made to sit on a sambaza, (one those flimsy aisle sits without a backrest). The trip may have taken two hours but to me, it was more. Many more on account of my afflicted backend.
But we did get to
the starting point of the hike. That after we had a pre-hike hike of about one hour because, after Ndabibi, the road progressively became worse until eventually, it was one big continuous rut with medium to small ruts inside of it. If you have looked at the Civilian carefully, you have noticed it is not meant for off-road, right? Good. This excuse of a road, was practically off-road. But we did get to the starting point. Now the starting point is a VIP (very import point). It is a VIP because this is where the gunslinger, whom hike adverts refer to as armed escort, justifies his presence by claiming that there are buffaloes in the particular forest. So it was then at the starting point, our guide summoned his business face, called us around him and after making all the pre-hike blah blah blah, introduced the gunslinger.

The gunslinger; He told us to expect buffaloes. 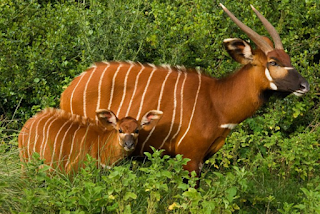 We hit the cattle tracks into what is remaining of the Eburu forest. What is remaining of the the home of the endangered mountain bongo? Ferns are what is remaining and were having quite some fun until a fern hit the shit. Actually, it was a black boot that hit the shit and then the shit hit the fern, and it was smoking fresh buffalo dung! I don’t know at what point the gunslinger decided we were some sought of US marines, but he lifted his clenched-fist arm signal like in the movies. We all froze, just like in the movies, and we were quiet as night, just like in the movies. The gunslinger whispered, “Buffaloes”, pointing at the evidence covering his avunja. He listened awhile, we helped him listen awhile, then observing the hoofprints, he led us a down different path. Down a garden path as it were since there was no path. No trail. None.
After less than two minutes of beating about the bush, the no path became absolutely no path. I saw the gunslinger disappear under a thicket and completely out of sight. The guide too disappeared under the creepers. With the G3 now out of sight, it was time for the rest of us to get out of site. The rest of us, all the eighteen of us, scampered into the thicket, around the thicket, above the thicket and anywhere else except under the thicket. 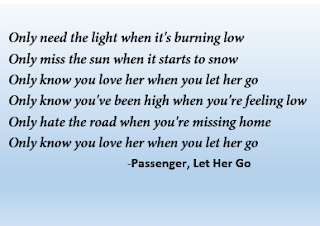 If you ever go Eburu and come to a place where there should be a thicket but there is no thicket but instead the place looks like the site where Gog and Magog had their showdown, then that will be the spot. Pin-drop it for me please!
I don’t know why but perhaps you do know why for the rest of the hike and the journey back to Nairobi my head kept on replaying the refrain from Passenger’s 2012 hit single, Let Her Go
If we claim that we whacked the bush during the Kinare forest hike, we are just joking. At least at Kinare, Steve had a trailblazer machete and also he appeared quite sure where we were going. At Eburu we were lost for sure. And with a red-eyed graser blocking our retreat, the only way was forward.
And what a motivation it was! For having exhausted our energy flattening the last standing thicket of Eburu, the hikers took to the stinging nettles and the black raspberry thorns stoically like that is what they do for a living. 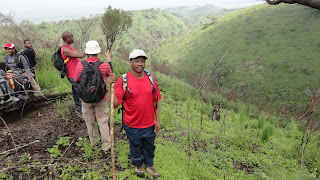 Then suddenly the thicket ended and with it any pretences of a forest.
Eburu, oh Eburu! How I weep for you. There was no tree for Kilometres on end but ferns and ferns punctuated by remnants of charcoal burning patches. 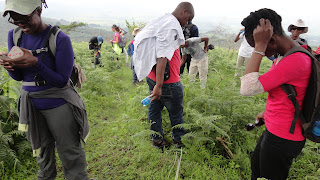 As we headed back to Nairobi, I was so depressed by the destruction we saw in that part of Mau forest that nothing could make it worse. Not even my sambaza sit or even the common carp fish we bought at Lake Naivasha. The creature though looking like ngege, had small bones all over the body facing in all directions. It required the patience and concentration of seamstress to extract some measly flesh.
Post Views: 75

Having outdoor fun in Kenya